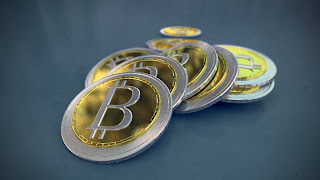 The biggest financial stories of past year has been the incredible rise of bitcoin. The virtual currency was to revolutionize peer to peer transactions, it does not require to go between like banks or credit card network.

Yet while many are still confused about what exactly is a bitcoin and how the crypto currency works, just as much confusion exists about where bitcoins came from and how it got to where it is today. A technology that has shaken the financial world to it’s core.

The backbone of bitcoin is the blockchain technology. It uses to record transaction on it’s network. A block chain essentially a public distributed ledger. It records each and every bitcoin transaction ever made on the block because the database is stored on a network of computers rather than on a single server, hacking or stealing bitcoin data is virtually impossible for cyber criminals.

Thanks to the advantages of the crypto currency, the only thing that has risen faster than the number of bitcoin enthusiast is the price of a bitcoin token. 12 moths ago the price of one bitcoin was approximately $1040. As I write, the price is just under $8200.

In late 2008, the financial crisis was in the full swing. In September of that year, Lehman brothers holdings, then the fourth largest investment. As the worlds financial infrastructure was crumbling. Later in 2008, a person using pseudonym Satoshi Nakamoto published a white paper on bitcoin to a cryptography mailing list. In 2009, Nakamoto mined the first ever bitcoin, known as the Genesis Block. The first bitcoin transaction soon followed when a bitcoin was sent from Nakamoto to Hal Finney, a cryptography expert.

The only personal details that Nakamoto gave to others were claims to be living in Japan and to have been born April 5, 1975. Nakamoto encouraged other cryptographers to assist with coding, but the creators stepped away from bitcoin in 2011 and has not been publicly seen or heard from since. As we will soon see, Satoshi Nakamoto is not the only infamous alias in annals of bitcoin.

In May 2010, a Florida programmer named Laszio Hanyeczoffered 10,000 bitcoins in exchange with pizza. A British enthusiast took Laszio Hanyecz upon the offer and ordered two pizzas to be delivered from a pizza place near Laszio Hanyecz’s. The British paid for the pizzausing credit card, and Hanyecz exchange the purchase with 10,000 bitcoins. This is believed to be the first time bitcoin was ever used to make a purchase. As I write, those bitcoins are worth approximately $90,000,000! That’s a lot of dough.

In March 2013, the value of all bitcoin in circulation hit $1 billion. Bitcoins rise as a currency is unparalleled in the human history. It is not issued as a monetary unit by any country in the world, nor does it contain any tangible intrinsic value. Yet not only has its price skyrocketed, it is increasingly used as a medium of exchange by individuals and merchants all over the world. Today bitcoin can be used to buy a surprising number of goods and services: gold, real estate, goods from some of the part of world’s largest companies.
Looking for profitable crypto trading signals? Visit here to double your trading account
Posted by Trading Roundabout at 1:00 PM