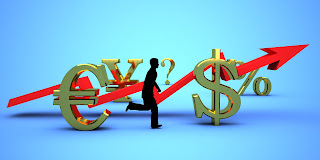 The foreign exchange market is where currencies are traded. Currencies are important to most people around the world, whether they realize it or not, because currencies need to be exchanged in order to conduct foreign trade and business. According to a recent triennial report from the Bank for International Settlements (a global bank for national central banks), the average was more than $5.1 trillion in daily forex trading volume.

Unlike stock markets, which can trace their roots back centuries, the forex market as we understand it today is a truly new market. Of course, in its most basic sense—that of people converting one currency to another for financial advantage—forex has been around since nations began minting currencies. But the modern forex markets are a modern invention.

In the early times, the goods are being traded for another tangible item. When the metal age began, gold and silver became the tool of transaction. This idea became popular during that age.

The creation of coins started then as well as the political regimes. When gold became an important trading tool, its use became restricted; therefore; the result which has been brought about by this is that the value of money has diminished.

Foreign exchange was introduced so citizens will have more monetary stableness and reliability. Through the initiative of the USA in July 1944, the new world’s currency was initiated with the use of the US Dollar.

Commercial and investment banks conduct most of the trading in the forex markets on behalf of their clients, but there are also speculative opportunities for trading one currency against another for professional and individual investors.

During those times, IMF, World Bank and GATT were formed and agreed upon at Bretton Woods. The agreement was comprised of the Gold Standard which will be equal to $35.00 per ounce. Other currencies were also fixed with this standard. The reason for this is to avoid destabilizing the monetary crisis.

In 1982 the first currency pairs were traded by retail customers followed later that year with more currency pairs becoming available. By 1987 the highest proportion of trades worldwide were by the UK with the US being close behind. It was 1991 when Iran amended its agreements with other countries from oil to foreign exchange.

Previously, Forex was an activity undertaken by business people with education or those that learned about trading at business school. Upon the introduction of the internet, things began to change, and the world of Forex opened up to more and more investors looking to make money from this increasingly popular method of investment.

The Forex market became available around the clock. As a decentralised market, it never sleeps. You can trade 24 hours a day, seven days a week, whenever you want. Technology improvements have done a lot to improve the popularity and accessibility of Forex.

In addition to this the tradable currency pairs have increased, more brokers have entered the market, and in the last decade particularly, Forex has become the phenomenon that it is today and this shows no sign of stopping.

The currency markets became more sophisticated and convenient. Banks created their own trading platforms and retail brokers introduced internet-based trading platforms for individuals. Currencies were no longer shut off in political systems and emerging markets like those in Southeast Asia thrived.

Posted by Trading Roundabout at 10:54 AM

Email ThisBlogThis!Share to TwitterShare to FacebookShare to Pinterest
Labels: Forex